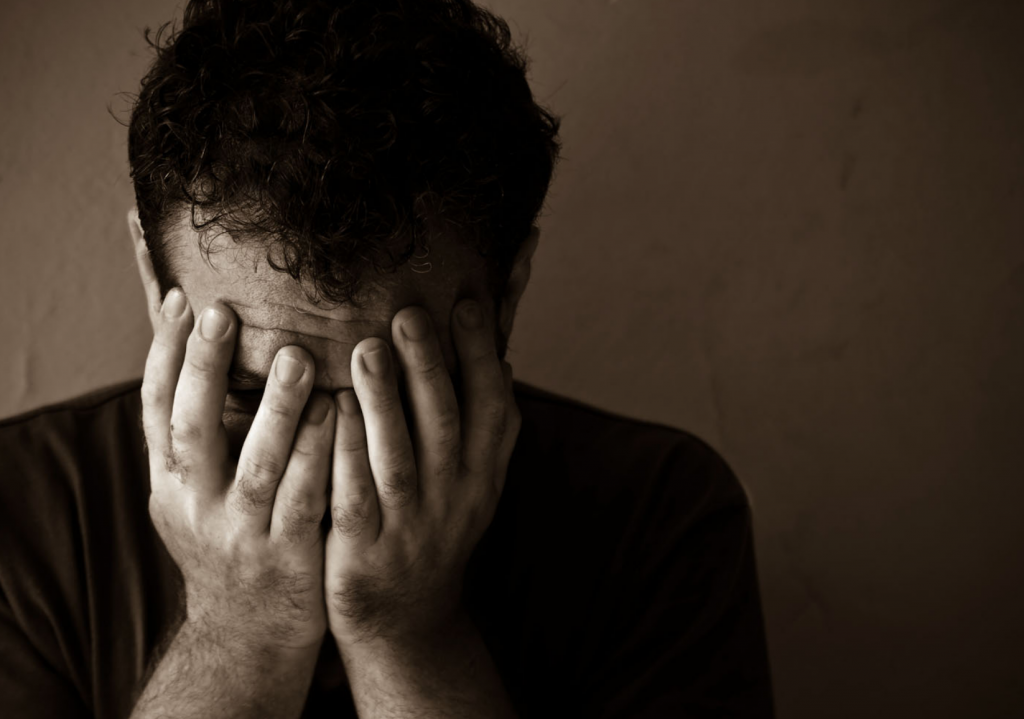 When you disobey God and someone points it out, what is your first inclination?

All too often, we get defensive and justify our actions or we blame someone else or circumstances instead of take full responsibility.

The Bible is full of this sort of behavior, starting with Adam himself. When he eats the forbidden fruit, he basically blames Eve for giving it to him. And in effect, he blames God for giving him Eve.

He never accepts his own responsibility in the situation. Imagine how things might have been different if he had repented and gone to God to apologize instead of hiding in the bushes.

The Bible recounts plenty of situations where someone sinned and did not repent.

Sometimes it’s one person. Sometimes it’s the whole nation of Israel. I’m not going to go into those stories in detail. It would take too much time.

Let’s just say, it doesn’t usually work out to well for those folks. When the Israelites disobeyed God, they lost battles, experienced plagues, and ultimately were defeated and taken in captivity to Babylon.

I want to focus on what we should do when we sin. Or rather, immediately after we sin.

Of course it would be better for us if we never sinned in the first place. And I’m sure there are many times in your life when you have resisted temptation and not given in to doing something you shouldn’t.

But there are times when fear or pride rule in our hearts and we break one of God’s commandments, or do not follow His directions in a given situation. What then?

Let’s look at a classic example in the Bible.

How did King David, a man after God’s own heart, behave when he committed adultery? Not too well.

He did the exact opposite of what he should have done. When he learned that Bathsheba was pregnant, he didn’t confess his sins to her husband or the priest and apparently not to God.

He knew he had broken God’s law, but he took things into his own hands to hide his sin by arranging the husband’s death in battle.

Just like Adam, David was hiding in the bushes. He was putting on a show that nothing was wrong. Human nature hasn’t changed a whole lot. We do the same thing today.

Nathan to the rescue

I find it very interesting that Nathan doesn’t come right out and accuse David of his sin. This could be a hint to us in the way we confront someone about mistakes they have made.

Instead, Nathan tells of rich man who had many sheep but took the one lamb of a poor man to prepare a feast for his guest.

David could see the injustice of this because he didn’t associate the rich man’s action to his own. He tells Nathan that man should pay back the poor man with four lambs and die for his terrible crime.

Nathan says simply, “Thou art the man,” and then rails on him how God had been generous to him with blessing upon blessing and how on earth could he sin so grievously against Him in return.

Sin must be uncovered first

David thought he had covered his tracks. He thought he was going to get away with breaking two of the Commandments: don’t kill; don’t commit adultery. But now his eyes are opened and he finally admits his sin. Nathan exposes what David had tried to hide. This was the first step for David. And so it must be for us. If we have sinned, it must be exposed and we must admit our mistakes instead of covering them up.

The next step is repentance. Real repentance. We have to admit that what we have done is wrong, and accept responsibility for our own actions instead of blaming others or circumstances. David did this and so can we.

David confesses to Nathan, “I have sinned against the Lord.” And Nathan replies, “The Lord also hath put away thy sin; thou shalt not die.”

Repent: the sooner the better

Here’s a simple rule to follow when we sin: repentance, the sooner the better. And repentance allows us to experience God’s forgiveness.

If it’s so simple, why do we resist the need to repent? Why do we think we can keep making excuses and cover up our mistakes with self-justification or blaming others? Why? Because we lack humility.

The world says humility is weakness. But the world is wrong. Humility is immense, spiritual strength. Humility is abandonment of relying on yourself and powerful trust in God’s ability to run the show.

When you have disobeyed God

When you have sinned, the quicker you let your natural humility come to the surface in your heart, the sooner you can admit what you have done wrong and repent of it. And the sooner you will feel God’s forgiveness and redemption.

Jesus did not just forgive people’s sins willy-nilly. He could discern if there had been true repentance. God’s forgiveness is always active and present, but we can’t accept and experience it fully until there is complete repentance in our hearts.

When God forgives you, you are forgiven

Too often, even after we have repented and felt God’s forgiveness, we still carry around a wheelbarrow full of guilt. Let it go already! Jesus’ victory over the crucifixion was a victory over the sins of the whole world. That includes whatever you did wrong thirty years ago or just now. As long as you have repented.

So put down the guilt. God doesn’t require you to carry it with you any more. Accept His forgiveness and be free. This is why God sent Jesus to this earth of ours. Jesus did not live and die in vain. That means forgiveness is a powerful force in your life, here and now, and can wash away all sin and burden of guilt when humility and repentance have set up shop in your heart.

And if God has forgiven you, who are you not to forgive yourself?

What is repentance anyway?

It’s not just to say you’re sorry and admit you sinned. It means to completely change the way you think, to change your perspective.

For example, if you’re only thinking of yourself, there’s nothing wrong in your mind with cutting in front of someone in traffic or the line at the grocery store.

But if you’re looking at things from a God-focused perspective, which includes loving your neighbor as yourself, you realize it’s not appropriate to cut in front to someone.

That’s a tiny example. That shift in perspective is what repentance is all about.

Because you see things from a different perspective, you realize what you did was wrong, but it also makes you not want to do it the next time.

It took me 15 years to repent of my selfishness

But sometimes we are so reluctant to repent. Sometimes it takes years. In episode 15 of The Bible Speaks to You Podcast, How to Stop fighting Your Brother and Love Him Instead, I share the story of how I cheated my brother out of something. I was pretty pleased with myself at the time.

It was 15 years later that I finally repented and corrected my selfish behavior. We justify to ourselves something we did.

Please don’t wait that long if you need to make something right with someone.

Why we don’t want to repent

We usually don’t want to admit we’ve sinned because we think God or other people will love or value us less.

And then we see that as unworthy and that view of ourselves evolves into a very negative one.

But actually the reverse is true. When you repent, the angels in heaven burst out singing.

What to do when you disobey God

Take a moment and think of a situation when you were disobedient to God. It could be big or small.

Don’t try to hide from God like Adam did.

Don’t blame others for your mistakes, like Adam did.

Don’t try to cover things up or justify it like King David did. Admit to yourself and God that you were deceived by the “serpent” as Eve did.

When you have truly repented, you change your perspective from self-justification to God’s perspective of love and mercy. The highest form of repentance is to look at things from the perspective of what is true in the kingdom of heaven right now.

When you catch a glimpse of that, you will see why a certain thought or action was wrong. But more importantly, you won’t even want to do it again.

Then, accept God’s forgiveness, and move forward. Get on with your life. You are free!

Bible Quotes in this episode:

Genesis 3:8, 12  ESV
8  and the man and his wife hid themselves from the presence of the LORD God among the trees of the garden.
12  The man said, “The woman whom you gave to be with me, she gave me fruit of the tree, and I ate.”

2 Samuel 11:3, 4, 5  ESV
3 And David sent and inquired about the woman. And one said, “Is not this Bathsheba, the daughter of Eliam, the wife of Uriah the Hittite?”
4  So David sent messengers and took her, and she came to him, and he lay with her.
5  And the woman conceived, and she sent and told David, “I am pregnant.”

2 Samuel 12:1-9, 13  ESV
1 And the LORD sent Nathan to David. He came to him and said to him, “There were two men in a certain city, the one rich and the other poor.
2  The rich man had very many flocks and herds,
3  but the poor man had nothing but one little ewe lamb, which he had bought. And he brought it up, and it grew up with him and with his children. It used to eat of his morsel and drink from his cup and lie in his arms,[fn] and it was like a daughter to him.
4  Now there came a traveler to the rich man, and he was unwilling to take one of his own flock or herd to prepare for the guest who had come to him, but he took the poor man’s lamb and prepared it for the man who had come to him.”
5  Then David’s anger was greatly kindled against the man, and he said to Nathan, “As the LORD lives, the man who has done this deserves to die,
6  and he shall restore the lamb fourfold, because he did this thing, and because he had no pity.”
7  Nathan said to David, “You are the man! Thus says the LORD, the God of Israel, ‘I anointed you king over Israel, and I delivered you out of the hand of Saul.
8 And I gave you your master’s house and your master’s wives into your arms and gave you the house of Israel and of Judah. And if this were too little, I would add to you as much more.
9  Why have you despised the word of the LORD, to do what is evil in his sight?
13  David said to Nathan, “I have sinned against the LORD.” And Nathan said to David, “The LORD also has put away your sin; you shall not die.

Luke 15:7  ESV
7  Just so, I tell you, there will be more joy in heaven over one sinner who repents than over ninety-nine righteous persons who need no repentance.