Who does God want you to vote for in the November election? 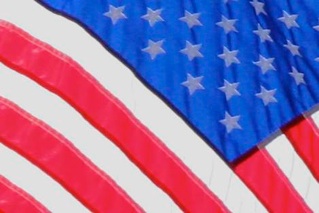 Is God a Republican?

If you’re like me, you’re getting a little tired of all the mudslinging going on in the election campaigns this fall.

To listen to the Republicans, God has hand-picked each Republican candidate for office and it is imperative to do whatever it takes to get them elected.

Or is God a Democrat?

The Democrats also think that they have the right answers to all the problems and that God is shining on them.

And the level of accusations, false accusations, deliberate use of lies to persuade the voters–is mind numbing.

So, who will God “vote” for this fall?

Let’s face it, the Republicans and the Democrats want different things.  They are looking at things from different perspectives.  They can look at the exact same “facts” and see them differently.

I’ve used this example before to talk about theological differences but it’s true for political ones as well.

If you and I are sitting across the table from each other and the salt and pepper are between us, we can argue all day about whether the salt is on the right or the left.  We are both right, from our own perspectives.

So it is with Republicans and Democrats.  This is an overly simple analogy and only goes so far, but it is the idea of it that applies.

You may be reading this and wondering how this fits in with living the Bible in your daily life.

Great question.  And here’s the answer.

Republicans look at their candidates from their own perspective and are convinced they are the perfect ones for the positions they seek.  Same for the Democrats.  They are looking at things from their own frame of reference.

This is the way man looks at things, from his own limited perspective.

But this is not what the Bible teaches us to do.

And this is never how God looks at things, from man’s perspective.

God looks upon the heart

Remember when God sent Samuel to anoint a new king over Israel because Saul had proved to be unworthy for the job?

God told Samuel that the new king was one of Jesse’s sons.  Even Samuel–we’re talking Samuel, the prophet of the LORD, who had a pretty good working relationship with his Maker–with all his prophetic discernment, would have chosen the wrong person to be the new king.

And it came to pass, when they were come, that he looked on Eliab, and said, Surely the Lord’s anointed is before Him.

Fortunately, Samuel had a good enough rapport with God to hear His voice and obey Him, anointing David–only after he had gone through all his own “obvious” human choices.

The Republicans and Democrats of today all think they have the “obvious” candidates to vote for.  But man looks on the outward appearance.  Even Samuel did this.  So who do you think you are?  Are you more spiritually perceptive than Samuel?  Are you closer to God than Samuel?  Then maybe you should be running for President.

Break out the humble pie

I think we all need a BIG slice of humility to realize that, however much we think we are right, there is a higher perspective from which to look at the candidates, the issues, and the election itself.

You may be absolutely convinced your candidate is the right one for the job.  Just remember though, Samuel felt the exact same way. He was sure Eliab was “the one.”  But he was wrong.

Think about it, Eliab might have actually made a very good king.  You get the feeling he was a strong, good looking guy, full of valor and a mighty warrior for God.  Same goes for Abinadab, Jesse’s second son.

It wasn’t that they would have made bad kings.  They were probably good men.  But God chose David because David’s heart was right with the Lord.

Now in the case of Romney and Obama, each man has a deep faith in God.  They and their supporters feel they each have the unique set of qualifications for the job of President.  This reminds me of the situation when the early Christian Church chose Matthias to fill the place of Judas.  (See Acts 1:15-26)

Both Matthias and Barsabas were candidates for the position.  They both met the qualifications.  But there was not a bunch of electioneering.  Think about that for a while.  And this could be considered a more important position than President of the United States.

How was the decision made?

And they prayed, and said, Thou, Lord, which knowest the hearts of all men, show whether of these two Thou hast chosen.   (Acts 1:24)

God sees the hearts of Romney and Obama–and all candidates for every office across the country.

This is a total pipe-dream, but… WHAT IF we had a whole lot less campaigning and a whole lot more PRAYING.  I know a lot of people are praying, but what are they praying for?  Their candidate to win?  That is not prayer; it is self-will.

The Republicans, no doubt, believe Romney’s heart is better qualified to be President.  The Democrats believe Obama’s heart to be more in line with what is right for the US.  But man looks at the outward appearance.

God looks into the hearts of men but in a much deeper, spiritual way than we possibly can.  He sees our hearts from His perspective, not ours.

What does this have to do with the election?

I don’t necessarily expect you to change how you are going to vote because of what I say.  And that is not my goal.  Not at all.

But I hope you can move past your deeply rooted, person perspective on who you think is right to lead our country.  And listen for the voice of God to get a hint of what He sees.  God sees the good in both candidates.  But neither one can fool God as to his shortcomings (that’s a very nice way of saying it, don’t you think?).

You may well end up voting for the same candidate you would have, but better to do so because God told you to than through human will and personal opinions.

And what if someone else feels God is telling him to vote for the other guy?  Wouldn’t God tell everyone to  vote for the same person?  Not necessarily  We want to look at things from our perspective instead of from God’s.

What God does is His business.  Your business is to do what God tells you.

Take a step back

Step back for a minute from all the hatred and lies being slung around in the media and the Internet.  Don’t believe everything you hear about your candidate or the opposition.

I cannot comprehend all the hatred spewing out of mouths (on both side of the political aisle) that with another breath claim to be Christian.  Jesus speaks pointedly to you, and all of us, when he commands:

Love your enemies, bless them that curse you, do good to them that hate you, and pray for them which despitefully use you, and persecute you;  (Matthew 5:44)

Gasp!  This doesn’t apply to opposing political candidates, does it?

Jesus does not allow you to hate anyone

If you are a Christian who is Republican, Jesus does not allow you to hate Obama.  In fact you should be praying for him, not against him, and blessing him–that is, if you actually want to obey Jesus, .  Other wise go ahead and vomit up all your hatred.  Jesus is watching you.

Listen for God’s voice above the din of your won opinions and mortal men’s perspectives. Pray for God’s will to be done, not what you think God’s will is.  You may have your mind all made up, just as Samuel did, about who you think should be the next President. But maybe God has a better idea.

Do you trust God enough to put your opinions aside when you go into the voting booth and humbly ask God who to vote for, honestly listen to His answer, and vote accordingly, even if it is different than your preconception?

Pray for the winner and the loser too

And if your choice for President, or any office, is not elected, remember that God is your King and Jesus is your Lord.  They reign far above the office of President of the United States or any other position.

Whoever is elected can be used by God for the good of our nation and the whole world even if he is a member of the “wrong “party.

We must come together in prayer for our nation and our world.  And we must pray FOR our leaders not AGAINST them, even if they are not the ones we voted for.  Whoever wins the election in November will have plenty of challenges and doesn’t need a large portion of the citizenry praying and working against him.

So, it’s time to do a little “knee exercise” and humbly pray for God’s guidance and blessing on ALL the candidates before the election as well as after.

And think of all the positions up for election taking place this November; whoever does not get elected is not relieved of his or her God-appointed purpose.  God will still use them if they are willing to follow Him.

How are you praying for our country, the candidates and the election?  Are you willing to set aside your outward-appearance thinking?  I would love to hear your thoughts on this subject.

Previous Post: « Did Jesus ever decide not to heal someone?
Next Post: Christ Blesses the Children of Newtown, CT »