When someone disagrees with you on how to follow Jesus 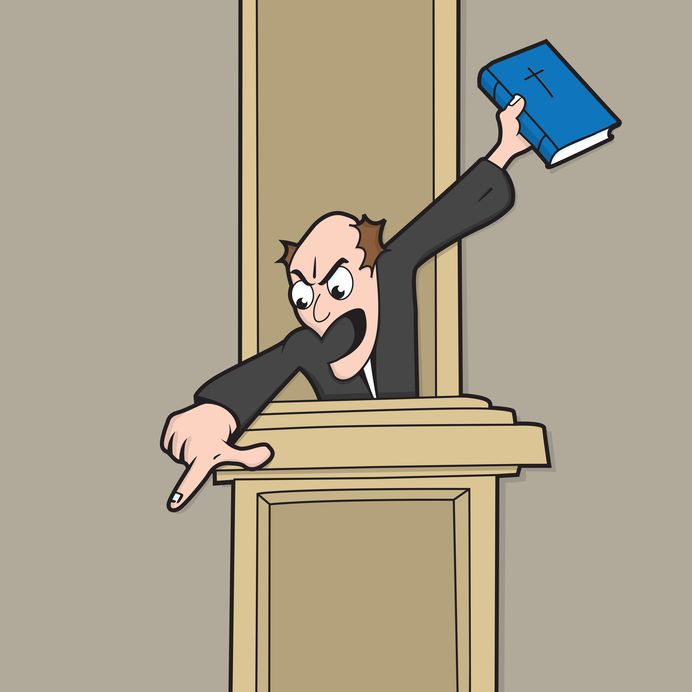 That seems like a simple and straight forward request.

Jesus said if we want to be his disciples we have to deny ourselves, take up our own cross, and actually follow him. But what does it really mean to follow Jesus? Are we supposed to be fanatic groupies that follow blindly without really thinking about or taking to heart how Jesus tells us to think and live? I think not.

If we are supposed to follow in his footsteps, does it mean we have to go to the Holy Land and walk in all the places Jesus walked? Not at all. Although I must say, I’ve met people who have been to Jerusalem and other places where Jesus went and been very inspired by their time there.

But I don’t think that’s what Jesus is asking of us. He wants us to follow his example, to think with his mindset, to live in constant awareness of God. Paul sums it up when he counsels the Philippians: “Let this mind be in you, which was also in Christ Jesus.” (Philippians 2:5) It’s about how we live, how we pray, how we treat others. And it’s about understanding the true nature of God and our relationship to Him. Basically it’s about love.

Has anyone ever condemned you to hell?

So here you are, following Jesus the best way you know how, based on what you have read in the Bible, and someone comes along and not only tells you you’re doing it wrong but that you are an abomination to God and will go to hell. And all this from those who think of themselves as Christians.

Has this ever happened to you?

Have you ever treated anyone else this way when you thought they were wrong in the way they followed Jesus?

You are not alone.

Once, many years ago, a long-time friend basically assured me that I’d be going to hell because I did not agree with her on some doctrinal points, which to me, were man-made dogmas promoted within the Church for centuries but not original to the teachings of Jesus. At least she approached me in a loving way (from her perspective) trying to help me see the error of my ways. She loved me as a friend and was genuinely concerned.

But the condemnation came because I was not following Jesus the exact way she was and I was about to join a different church than the one we had both grown up in.

More recently, someone responded on this blog to a post that challenges a traditional interpretation of a particular Scripture in I Corinthians where Paul refers to the temple of the Holy Ghost (or the Holy Spirit, if you prefer). Here’s the link if you would like to read it: Your Physical Body is NOT the Temple of the Holy Ghost.

The point I make in the article has to do with the difference between thee, thy, thou and you, your. The first is when you are talking only to one person. The second is when you are talking to more than one person. This distinction is in the original Greek of the New Testament and only found in the King James translation. Some other Bibles have an asterisk to show when you or your is singular or plural. When you realize that you in modern translations sometimes means just one person and sometimes means two or more, it brings out what is actually being said. To think they are all the same is to misunderstand the original meaning of a passage.

The post referred to above has been one of the most commented on that I’ve written. Some people disagree heartily but in a civil and Christian way, as you can see from reading the comments. Others have appreciated a new way to look at the original meaning of the text. And as a disclaimer, just let me say, I could easily be wrong on the point I make in this post, but  I have never seen anyone else make the same linguistic observations and how it uncovers the original meaning of what Paul is teaching.

Anyway, several weeks ago, someone tore into me with poison and hate because of what I wrote in this post that disagreed with what he believed to be the only right way to interpret it. The funny things was, it was obvious from his comments that he really didn’t grasp the point I was making. But because I wasn’t following in the path exactly the way he was, he felt totally justified to condemn me to hell many times over.

I guess I’ve made a little progress spiritually. When my friend “sent me to hell” many years ago, I was really incensed. Who made her God over me? With the person commenting on my blog recently, I was not offended in the slightest.

I have not approved his response to appear in the comment section because it goes against the tone of this blog, which is to explore the Bible and learn together, even if we don’t agree on every little detail. So yeah, I’m being a bit judgemental of him, but I’m not sending him to hell. Actually, I feel a lot of compassion for him. He’s probably just repeating what someone else taught him and is afraid to, or doesn’t know how to, think for himself.

Have you ever condemned someone to hell?

Even two of Jesus’ closest disciples sometimes responded with this tendency to condemn those who didn’t follow or treat Jesus the way they thought was right.

Once, John said to Jesus, “Master, we saw someone casting out demons in your name; and we tried to stop him, because he does not follow with us.” Instead of agreeing with this attitude, Jesus rebuked it: “Do not stop him, for the one who is not against you is for you.” (Luke 9:49, 50 ESV) Jesus could see that this fellow who was casting out demons in his, Jesus’, name was, in effect, following Jesus as well, just in a different way from the apostles.

The self-appointed Jesus-Nazis of today need to drink in the spirit of Jesus’ rebuke instead of being so condemnatory of anyone doing something they don’t agree with. God is the ultimate Judge of each one of us. We have to answer to Him and not any man on earth.

But even John did not learn the lesson right away.

Not too long after the incident mentioned above, Jesus was heading to Jerusalem and sent someone ahead to prepare a place for him to stay in a Samaritan village. But the villagers didn’t want him to come there. James and John were incensed. Full of bravado they implored Jesus, “Lord, wilt thou that we command fire to come down from heaven and consume them, even as Elias [Elijah] did?” (Luke 9:54  KJV) They probably thought that would impress him. They were coming to his defense and rebuking those who didn’t agree with how wonderful Jesus was.

But Jesus, once again, rebuked this human tendency to condemn anyone you disagree with. In dismay he said, “Ye know not what manner of spirit ye are of. For the Son of man is not come to destroy men’s lives, but to save them.” Luke 9:55, 56  KJV)

Let this sink in a minute.

Two of Jesus’ closest, most loved and trusted followers needed to be rebuked for their over-zealous condemnation of those who were not following or accepting Jesus the “right” way. This still happens today with those who think they are very close to Jesus.

I will be the first to admit that I don’t agree with the way all Christians preach and share the Gospel, or the way they live it in their lives, but I will never condemn them for it. God sees what’s in their hearts and He will be their first and ultimate Judge. If they are doing it “wrong,” God will open their eyes sooner or later. And I pray He will open my eyes to live a more Christian life each day.

Back to the question, Have you ever been condemned by others who disagree with the way you follow Jesus? This may sound odd, but don’t take it personally. It says more about them than it does you. No doubt, we can all do a better job of following Jesus, but you are not trying to please or appease a person. You answer to God alone.

Will you accept Jesus’ rebuke?

And the next question is just as important, Have you ever condemned someone to hell because they didn’t see and follow Jesus exactly the way you do? If so, Jesus rebukes your approach. Hey, maybe you’re right; they may be doing it “wrong.” But it is not within your authority to send them to hell. If you believe they’re following Jesus incorrectly, pray for the opportunity to help them, in a loving way, to see the light more clearly. And while you’re at it, pray to follow Jesus more closely and see the light more clearly yourself.

There’s a great example of how we should respond in the Book of Acts. A Jew named Apollos was preaching the Scriptures and telling of the baptism of John. When Aquila and Priscilla heard him, they didn’t condemn him, but took him aside and told him about Jesus. They ministered to him. The result was that Apollos ended up accepting Jesus and showing through the Scriptures that he was indeed the Christ. (See Acts 18:24-28)

Jesus warned his true disciples that religious authorities would kick them out of the synagogues and say all manner of evil against them. (See John 16:2) And he said we would be blessed when we were persecuted falsely because we were loyal to him. (See Matthew 5:10-12)

So, don’t be surprised when this happens. Perhaps it’s a sign that you are following Jesus more closely than those who condemn you. Continue to search the Scriptures and pray for guidance. Be true to what God has revealed to you. Be true to the deep spiritual message of the Bible and not just it’s surface meaning or what people say you must believe.

Perhaps the real question is, Why should we follow Jesus? For me, I follow him – some days better than others – because he is the Son of God, the Messiah, who came to show us the Way of Life. He has given us the promise of life eternal by overcoming sickness and sin, disease and death. He has opened my eyes to see that the kingdom of heaven is at hand and not just way off in the future, that God is present with us and a powerful deliverer. This continues to transform my life in a very positive way.

What does it mean to you to follow Jesus?

As always, many blessings,
James

P.S. Please share this with a friend who might appreciate it. And leave a comment below if this has been helpful or if you have anything to add. I’d love to hear from you.