The Healing Power of God’s Allness 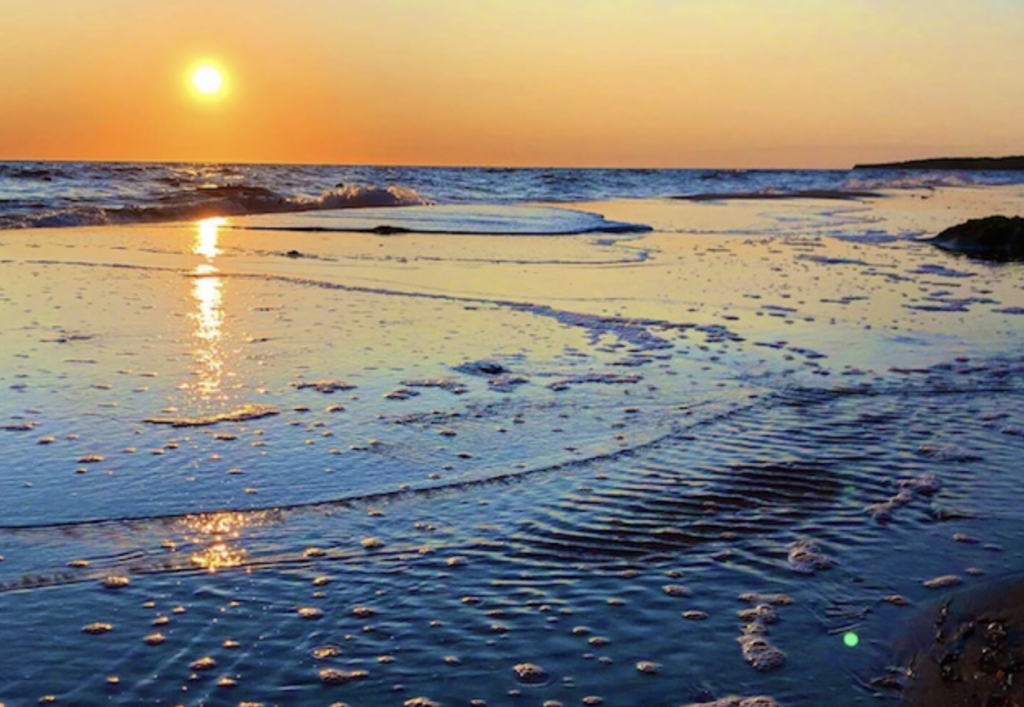 “Praise the LORD, my soul, and forget not all his benefits—who forgives all your sins and heals all your diseases,”
Psalm 103:2, 3 ESV

This past weekend I was at a church-related meeting with a focus on spiritual healing. Oh my goodness!

There were some wonderful experiences and testimonies shared, but one in particular stood out.

A number of years ago, a wounded soldier was in the hospital and about to have one of his legs amputated. Someone came and sat quietly by his side for a time, deep in prayer. He found a sense of peace and got up to leave. As he was headed out the door, the nurse screamed and he went back to see what had happened. As he and the nurse watched, the flesh came back onto the patient’s legs and he was restored right under their noses.

The man was completely healed and obviously no longer needed an operation.

Someone asked the man who had been praying what he had done. His reply was something like, “I got into the allness of God and just stayed there.”

Could healing spiritually really be that easy? Well, I guess so. How is this possible?

Is it something you and I can do? I truly believe it is. We just don’t go all the way to the allness of God or we don’t stay there.

If a man’s about-to-be-amputated leg can be healed by thinking about nothing but God’s allness, maybe we should think how this idea can apply to the things we are praying about.

All is such a tiny little word, only three letters. But its implications are infinite. When we use the word, we usually don’t even come close to its literal meaning. I’ve heard lots of people, in referring to God, use the words, omnipotent, omniscient, omnipresent, fancy words for all-powerful, all-knowing, and all-present (or everywhere). Omni is simply a prefix that means all.

We love to throw those powerful words around when talking about God, but we rarely actually think of the infinite ramifications and implications of what those terms really mean.

A friend said to me one time, “Oh, I believe that God has all power and is everywhere. But I also believe that the devil and evil are here and have power.” It’s very easy to get into a theological quagmire here. And many people I know are halfway down in the dogmatic quicksand because they believe exactly what my friend does.

It makes perfect sense to the human mind, which bases most of what it believes on what it perceives with the five material senses. Just look around. There are a lot of bad people and a lot of bad stuff going on in the world. It seems pretty obvious that they have a whole lot of power.

But if God has all power, how can there be any other power for the devil to have? If Satan has evil power, then God doesn’t actually have all the power. God has some and the devil has some.

I have been appalled at times to hear earnest Christians argue for the right of the devil to have power and explain in detail–based on traditions and not what’s in the Bible–how he got that power. In one moment they talk about the supremacy of God. In the next moment they talk about a devil who is almost as powerful as God, if not more so.

Their minds and their theology are a house divided against themselves.

Let’s face it, if you believe in a powerful evil force, Satan or whatever, you do not and cannot, in reality, also believe that God is all-powerful. These two beliefs contradict each other. And yet that’s what I hear many Christians repeat because that’s what they were told to believe and they never really thought it through for themselves.

The same thing goes for God being omnipresent, or everywhere. Think about what that word actually means: everywhere, like filling the whole universe.

But a God who is not omnipresent and omnipotent is not really God and is unworthy of our worship. It’s just man’s limited beliefs about God, and not much different than the other man-made deities of the ancient Greeks, Romans, Egyptians, etc.

Then where did evil come from?

Okay, then, if God really is all, where did evil come from? How does Satan have the power he does? If you start with acknowledging evil as a power and try to figure out where it came from, you will come up with an answer. It will be different from someone else’s answer. But you will find a reason that you can believe to explain why there is evil in the world.

But if you start with God’s allness, evil could never come from anywhere. Unless of course you believe in a God who creates or allows evil. If God creates evil, then He is not true to Himself and becomes a house divided against itself, which cannot stand, according to Jesus. If evil came into being on its own, without God involved, then you believe in a God who is not supreme and there is another creative force in the universe. In effect, you have two creators, two Gods.

Over the centuries, people have gone round and round on this merry-go-round of trying to explain evil and where it came from.

How did Jesus define the devil?

Jesus had a very simple definition of Satan and evil. It’s been under our noses for almost 2,000 years, but we haven’t plumbed its depths sufficiently to gain the full implications of it.

Jesus said quite simply, in defining the devil,

“He was a murderer from the beginning, and does not stand in the truth, because there is no truth in him. When he lies, he speaks out of his own character, for he is a liar and the father of lies.”   John 8:44  ESV

Everything the devil says or does is a lie. A lie has no real power unless you believe it. Therefore, the devil’s power is not real power. It is perceived power, the illusion of power, which we believe when we believe the lies he tells.

One of the ways Jesus’s purpose is defined in the Bible is in his power over Satan: “For this purpose the Son of God was manifested, that he might destroy the works of the devil.” (I John 3:8  KJV)  I guess you could paraphrase it by saying Jesus destroyed the works of the devil by not believing any of the lies he told.

So, going back to the man praying for the fellow in the hospital I mentioned earlier, another way to look at the situation is that the man praying didn’t believe what seemed so obvious to everyone else, that the situation was hopeless and the only solution was to amputate the patient’s legs. This dear man consciously chose to go into the allness of God and stay there. He refused to believe Satan’s lie that God could not heal in this extreme situation. He put out of his mind everything except God’s allness. The man was healed.

I had a very small example of this in my own life a year or so ago. I was driving home from New York City after taking my daughter to the airport. I was feeling tired, exhausted, and miserable. I was coming down with something and was getting worse. As I prayed, I thought about God being everywhere and what that really meant. I knew He had not created, sent, nor allowed the weakness and sickness to be part of my life. I kept coming back to the idea of God really being everywhere. And I stayed with that idea in my prayers.

In a very short period of time after I started praying this way–maybe 15 minutes or so–I felt completely rested with no hint of being sick. It was like someone had turned on a bright light in a dark room.

You might be tempted to dismiss this idea that God’s allness can heal problems. It may sound too simplistic or naïve. You’ve prayed before for people and they weren’t healed. But did you really plant your prayer feet in His divine allness? All too often when we pray, we are more absorbed with the problem than the solution. We try to figure out why something bad is happening. Or we’re fearful of the outcome. None of those mental attitudes are really conscious only of God’s allness.

By the way, I’m not talking about ignoring evil or just pretending it doesn’t exist. I’m saying we have to see it for what it is and what it isn’t. Evil is not power. It is a lie told by the father of lies, in whom there is no truth or power.

The next time you are praying about something, big or small, think about God’s allness. Go there. Don’t leave. You are in the presence of God. You are enveloped in His allness, His omnipotence and omnipresence. There is no other power present to prevent God from being who He is and doing what He does. Imagine going out into the farthest reaches of the universe. God is there as much as He is anywhere. Then go the opposite direction. Zoom in with a mental microscope to see the molecular and atomic level of things. Keep going to the inner infinitesimal structure of things. God is there as well.

And that’s just the physical realm. Consider the mental and spiritual realm. God is infinite, omnipresent, and omnipotent there as well.

Have you prayed but you’re still not healed?

Just for today, forget about trying to be healed. If you can, just don’t think about the problem. Set it down. Put it out of your mind. Just for today. At least start with 15 minutes, then 15 minutes more. Just as the man who prayed in the hospital, ponder the allness of God. And stay there. Refuse to be conscious of anything except God’s perfect presence.

If you are believing the lies that Satan whispers or shouts about you, you are not in the allness of God. Rebuke and reject those lies. Throw them in your mental fireplace and let them burn. If you catch yourself thinking, “God sent this illness to test my faith or to teach me a lesson,” it will be much harder to see that thought as one of the serpent’s lies to be rebuked. Prayerfully insist that God would never send disease. He is the healer of disease. “Does a spring pour forth from the same opening both fresh and salt water?” (James 3:11  ESV) God does not send and heal disease.

Nothing unlike God, no evil, disease, sin, or evil can stand or exist in His presence. But you can. You are His dear child, made in His likeness. Stay in His presence. Be conscious of nothing else but God’s all-nitude. You and the person you’re praying for will be blessed.

Let me know if you’ve found this helpful and please share it with someone who needs to experience God’s healing power. I’d love to hear your thoughts and experiences in the comment section below. Let me know if I can be of help.

As always, may God’s blessings embrace you,
James 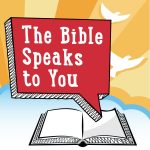 In the next month or so, I’ll be starting a podcast called, of course, “The Bible Speaks to You Podcast.”

Update:  The podcast is live. Check out the Podcast page. To sign up for email notifications so you won’t miss a single podcast episode or blog post, click here.

Thanks so much for your support.
James

Previous Post: « Keep looking for Jesus even when your Church lets you down
Next Post: God Loves Us Unconditionally »