How to Deal with Bad Life Choices 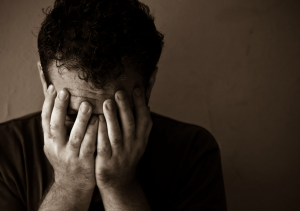 Trust in the LORD with all your heart,
and do not lean on your own understanding.

In all your ways acknowledge him,
and he will make straight your paths.

Have you ever looked back at a choice you made in the past, which at the time you thought was the right thing to do, but now you realize it might not have been such a great idea?  I certainly have.

But other times my decisions, at least from one perspective, have left me in a pile of mistakes that’s hard to get out of. But if you judge those mistakes from the lessons I learned in the process, perhaps they were better choices that the ones I thought were good. It’s hard to know.

Take a minute and think of a choice you made in the past that you now believe to have been a big mistake. Is there a way to rectify these bad decisions? What can you do to alter your course and make things better?

Have you ever had one of those days when God opens your eyes and you see things more clearly than you had before? You see your life in perspective and what you thought were mistakes or terrible times in your life actually helped shape you into the wonderful, strong person you are today? In retrospect, it’s easier to see how God has put all the puzzle pieces together in your life and make sense of everything that has happened. When you’re in the middle of a challenge, a poor life choice, or a catastrophe, it’s usually pretty hard to see this bigger picture.

Can God fix a bad choice you made?

Yes, I believe He can. If you’re willing to grow and trust Him with your whole heart. That implies that you don’t put your trust in people, places, or things, or yourself. And sometimes it’s hard to see when we’re trusting something besides God.

This is what’s been challenging for me at times. When I thought I was trusting God with all my heart, later on it seemed like I made a foolish mistake.

When I was in high school and college and for a while after that, I was really into collecting coins. I believed all the hype about what a good investment they were and spent quite a bit of money on some really nice coins. But it wasn’t just an investment. I loved the beauty of these pieces of history. I learned a lot in the process and loved immersing myself in the world of old coins.

But what I thought would be a great investment turned out not to be so. Many of the coins, which I sold recently after holding onto them for decades, went down in value because there’s just not the same level of interest in coin collecting as there was years ago. If I had invested that same amount of money in the stock market, I would have been much better off–I tell myself anyway.

And frankly I could use that money right now for some needed projects around the house or to take my family on a really nice vacation.

So can God correct this “mistake” I made, if it really was a mistake? I have had to realize that perhaps it was not a mistake in the bigger picture of life. I have had to learn, because of this decision, not to trust money for my well being. That’s actually a good thing. If I had made a really big profit when I sold those coins, I would have been pretty pleased, don’t get me wrong. I would have felt justified for making a wise decision. It probably would have gone to my head and I would be pretty impressed with myself…instead of grateful to God.

Instead, I have had to trust God more. As I said, maybe that is even better for me in the big picture of life.

Don’t get me wrong. I’m not saying that we should do things that lose us money on purpose so we can trust God to save the day. But when you take what turns out to be a wrong path in life, you can turn to God for guidance to get you out of the mess. The lessons you learn from that experience will strengthen and propel you forward in the right direction.

The whole thing with the coins is only one small example of choices I have made that didn’t really turn out the way I had wished. There were larger financial, career, and parenting decisions that would be easy to call mistakes as well. But God had been patient and gracious with me. He still loves me. He still loves you too, even if you have made some whopper mistakes

God has not abandoned you

So you made some bad decisions. Big ones. Small ones. We all have. The real question is, “What will you do now?”

Will you have the humility to learn the lessons God is teaching you? Will you trust Him continue to ask for His guidance? Will you accept His forgiveness? And will you forgive yourself? That’s the hard one.

Over the years I have had to forgive myself over and over for the bad choices I’ve made. Only then has God opened my eyes to see the lessons I learned as a result. And I finally found some peace of mind.

If God can dissolve the guilt that was weighing me down because of making bad choices, He can do the same for you. Be honest with yourself. Quit making excuses, blaming others, or justifying what you did. Go to the bakery and get a nice big piece of humble pie. (That’s usually part of the solution to any problem, have you noticed?)

God can redeem all your mistakes

You can’t do it by yourself. You need God’s help. And He is ready and waiting for you.

Remember in the Old Testament how the Children of Israel offered burnt sacrifices to God. They would choose a perfect lamb, kid, or bull, and burn it on the altar to show their devotion to God among other things. The offering had to be without blemish.

The irony here is that we also have to sacrifice our blemishes, our mistakes. Have you ever thought about taking all the bad decisions you’ve ever made and giving them over to God, offering them up for sacrifice on the altar of God?

The Bible talks about leaving all for Christ. Usually we think that means giving up all the good stuff we have to God’s use and glory. But recently I’ve realized we also have to give up all the junk we’re hiding in the dark corners of our heart. We have to give it all to God, good and bad, and everything in between. Let go of it.

So, think of one “wrong” decision you made. Hand it over to God. And don’t take it back. He will dissolve any bad effects from poor choices you have made. He can make all things work for His glory. He will bless and redeem you. And indeed He is doing so right now.
Blessings to you,
James