114 – Feeling the Awe of the Shepherds this Christmas 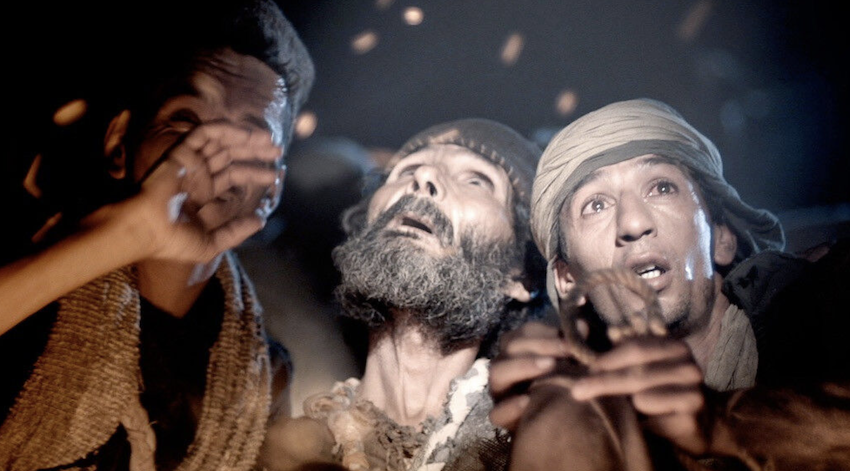 Is it possible for the angels appear to us as they did to the shepherds when Jesus was born?

Is it possible for us to feel the same sense of wonder and awe they must have felt when the angel appeared to them and told them the long-awaited Christ was here?

Christmas is in the air

There are Christmas carols playing in the grocery stores. Favorite Christmas stories are shared on Social media, in sermons and podcasts. People are making plans to travel to be with friends and family. And there’s a lot of busyness with holiday cooking and activities, buying and wrapping presents.

Then there’s all the last minute, end-of-the-year demands at work or school, or wherever to finish up certain projects before the New Year.

Sometimes we get so busy getting ready for this special day. There’s so much we have do, much of it self-imposed.

In this flurry of activity, we sometimes don’t take the time to be quiet and simply revel in what Christmas is all about, the birth of Jesus, God’s gift of Truth to all mankind.

As a remedy for all this busyness, I have an invitation for you. Come with me on a little time travel trip. Imagine you and I are two of the shepherds taking care of our sheep in the field on the night Jesus was born, when an angel appears.

We’ve never seen a an angel before, but somehow we all know it’s an angel. Because “the radiance of the Lord’s glory” surrounds us and all the other shepherds feel it too. (Luke 2:9) You can see it on their faces. It’s hard to put into words.

This, all by itself, is a lot to take in, just to see an angel and feel God’s glory.

But the angel is not appearing just to impress us with a display of God’s glory. He has a very specific announcement to make.

From the vantage point of living in the 21st century, we know what the angel will say. We have it memorized. It’s part of who we are.

The shepherds and the angel

But the shepherds 2,000 years ago didn’t know what was coming. It was terrifying. The angel hadn’t even said anything yet. Would this appearance be a good thing or something bad?

But the angel quickly dispels our fear. He says, “Don’t be afraid!…I bring you good news that will bring great joy to all people.”

As one of the shepherds, what would you be thinking right at that moment?

Well, at least it’s good news. I was afraid until the angel said he had good news that will bring great joy to all mankind. That sounds pretty good. I wonder what the good news is?

The angel didn’t waste any time sharing the good news:

Now you’re thinking: Wait a minute. Is this possible? We’ve been waiting and watching for the Messiah for years. He’s coming as a new born baby? That’s not what I thought they said in the tabernacle. I thought he was supposed to come on a white horse with an army to defeat the Romans.

But the angel keeps talking,

“And this will be the sign to you: You will find a Babe wrapped in swaddling cloths, lying in a manger.”     Luke 2:12  NKJV

As the angel’s message sinks in, suddenly there was a multitude of angels singing and praising God saying,

As one of those shepherds, how are you feeling right now? I’m standing right next to you and I see the complete awe on your face. I feel it too. All the shepherds feel it. There’s a sense of wonder and amazement. But there’s also a sense of excitement and urgency.

Right after the angels all go away, one of the other shepherds says, “Hey guys, let’s go to Bethlehem and check this out. The angel told us exactly what to look for, a baby wrapped in swaddling cloth, lying in a feeding trough. Maybe we should first check out all the barns and stables. Come on! Let’s go.

Can you just imagine what those shepherds talked about as they walked as fast as they could, almost ran, to Bethlehem? They were probably tripping over themselves in anticipation.

The wonder of Christmas

It’s sometimes hard for us, to look back over 2,000 years, and feel the original sense of wonder those shepherds felt when the angel brought the good news that Jesus was born. As I mentioned, we know the story so well. We know what will happen next.

Is it possible for us to feel that original sense of wonder and awe the shepherds felt?

Do the angels come to us, just as they did to the shepherds so many centuries ago?

Do we hear what they say, or are we so caught up in the busyness of celebrating the Christmas holidays, that we don’t have the time, the inclination, or the receptivity to hear what the angels are saying to us about the appearance of Christ today?

When do angels visit us?

When did the angels come to the shepherds? Well, it was obviously after Jesus had been born.

But, what were the shepherds doing? They were taking care of their sheep. They were going about their daily duties and responsibilities. They were living their lives in a normal way.

Maybe that’s an important part of being receptive to what the angels have to say to us. Be purposeful in what you’re doing in your everyday activities. Be earnest, honest, and sincere in everything you do. And God will send you the angels you need to become aware of the “birth of Jesus,” the appearing of Christ in your life.

When God sends you and angel

And what will you do when God sends an angel to you with amazing news that leaves you in awe?

When the shepherds were told the long-awaited Christ had come, the first thing they did was to go as fast as they could to find the baby described by the angel. And they kept searching until they found him.

But that wasn’t enough.

Once they had seen Jesus with their own eyes, they couldn’t contain their joy and keep it to themselves. They had to share it. They told everyone they could what had happened and what the angel had told them about this child. (Luke 2:20)

I’ll ask again, what will you do when God sends an angel to you with amazing news that seems too good to be true, that leaves you in awe?

Will you keep it to yourself? Will you share it with others? I guess the right answer is to ask God what to do. But usually when God sends an angel to you, there is more going on than just a blessing for you. God has a bigger picture, a wider view, which blesses all mankind.

When the angel announced the birth of Jesus to the shepherds, it was very much a blessing to them. But it was a blessing and message for all mankind as well.

When God sends an angel or a message to you, have you ever stopped to think that the message and its blessing are not just for you but for all mankind?

One reason the shepherds may have been in awe was that they could see the bigger implications of what it meant for the Messiah to appear. They knew this was not just for them, but for everyone.

The next time God reveals something to you, it is certainly right to rejoice and be in awe that God gives you the truths and ideas you need. But it’s even more awe-inspiring to realize that God is blessing all mankind with the idea He reveals to you and through you.

If we’re absorbed in our own little worlds and can’t see past our immediate needs and context, then we miss how God is blessing others through what is revealed to us.

This Christmas season I encourage you to ponder deeply and be in awe the way the shepherds were on the night Jesus was born. Go about your daily routines, but also make sure to take some time to be quiet with God as part of that routine.

Bring that sense of awe, that God’s Messiah is here, into all your Christmas preparations and activities.

If you catch yourself getting absorbed in all the outward activities and busyness of the Christmas holidays, you can stop at any time, even in the midst of those activities.

Take a moment, even if it’s just for 30 seconds, to feel the awe of God’s great love for you and all mankind. Feel the awe that Jesus was born, that Christ is always with us and appearing to us in the way we need and can understand.

And let that sense of awe shine in your face, in all your activities, so that everyone you come in contact with will experience this sense of awe and wonder that Christ is here.

James Early, the Jesus Mindset Coach, is a Bible teacher, speaker, and podcaster. He conducts Bible workshops online and in person. His focus is on getting back to the original Christianity of Jesus by embracing the mindset of Christ in daily life. Contact him here.

Luke 2:9-18, 20  NLT
9  Suddenly, an angel of the Lord appeared among them, and the radiance of the Lord’s glory surrounded them. They were terrified,
10  but the angel reassured them. “Don’t be afraid!” he said. “I bring you good news that will bring great joy to all people.
11  The Savior—yes, the Messiah, the Lord—has been born today in Bethlehem, the city of David!
12  And you will recognize him by this sign: You will find a baby wrapped snugly in strips of cloth, lying in a manger.”
13  Suddenly, the angel was joined by a vast host of others—the armies of heaven—praising God and saying,
14  “Glory to God in highest heaven,
and peace on earth to those with whom God is pleased.”
15  When the angels had returned to heaven, the shepherds said to each other, “Let’s go to Bethlehem! Let’s see this thing that has happened, which the Lord has told us about.”
16  They hurried to the village and found Mary and Joseph. And there was the baby, lying in the manger.
17  After seeing him, the shepherds told everyone what had happened and what the angel had said to them about this child.
18  All who heard the shepherds’ story were astonished,
20  The shepherds went back to their flocks, glorifying and praising God for all they had heard and seen. It was just as the angel had told them.