Being Grateful when People Reject Your Purpose 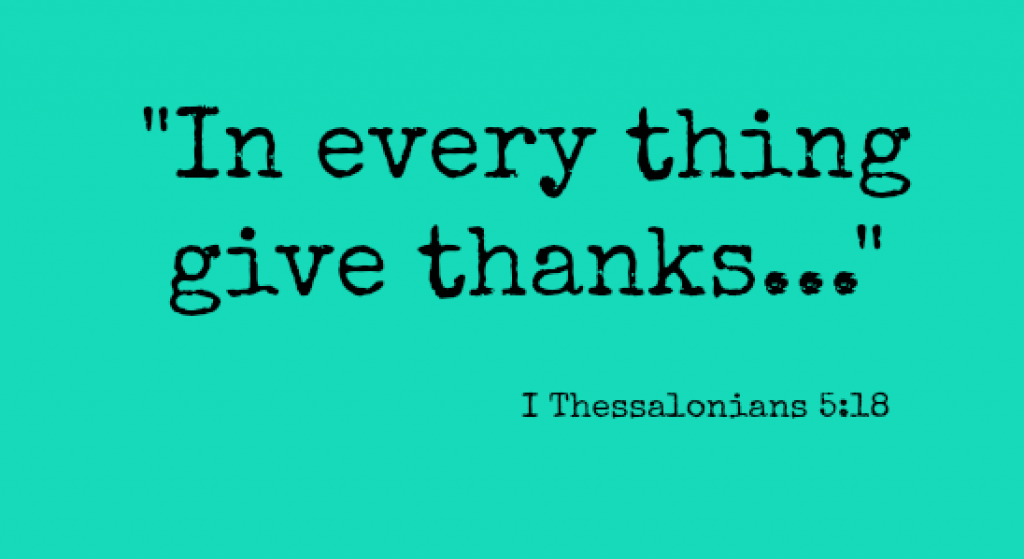 It’s easy to be grateful when good things happen. Just like it’s easy to love the folks who love you.

But what about when things don’t go the way you want, or worse, when there is outright resistance, opposition, and rejection of everything you stand for? For me, it’s harder to be grateful at times like this.

Many years ago at one of my first jobs, I had co-worker who, it seemed to me, undermined everything I was trying to accomplish. He had decided I wasn’t qualified to be in my position. He talked about me behind my back, trying to get the rest of the staff to side with him. I knew how he felt about me. It was pretty obvious. I could sense a heavy atmosphere of dislike and distrust coming from him. It was only later that I found out the full extent of his attitude and actions against me.

Believe me, I prayed my tootsies off. It was all I could do some days just to keep my head on halfway straight and get through the work shift. I prayed to forgive him. I prayed for humility to take any of his valid criticisms to heart and try to improve myself. But it was not until I left that job that I actually thanked God for the experience. In the midst of this challenge, it never occurred to me to thank God for it.

Why am I grateful now? Because it forced me to turn to God for help. It made me rely less on myself and more on God. That is something to be grateful for.

What was Jesus grateful for?

Let me set the scene.

Jesus has been teaching, preaching, and healing wherever he goes. But some people are more receptive than others, to put it mildly. He compares himself to a kid in the street playing his flute to his friends who will not dance to his tunes, will not participate in his joy. He goes on to rebuke some of the cities where he had performed many might works, Chorazin and Bethsaida for example, because they did not repent of their selfish and worldly ways, nor did they believe him. He rebukes Capernaum in the same way. (See Matthew 11:16-26)

Have you ever been frustrated when people just wouldn’t listen to you? They took the things you had to offer, but rejected the spirit that impelled you give freely in the first place. I think that’s how Jesus felt. He had poured out his heart to heal and bless these communities. But in the end they didn’t accept the deeper meaning and message he had offered them.

Gratitude is the way out

When you’ve been rejected, misunderstood, and mistreated it’s easy to have a pity party. But at some point you have to dis-invite yourself from that scene and shift your thoughts to more a more spiritual perspective. Gratitude is often the way out.

This is exactly what Jesus does. He vents his frustration, just as you and I would, but then he turns directly to God and finds something to be grateful for. And it’s not just some random gratitude list. He is grateful specifically for two things.

At that time Jesus answered and said, I thank thee, O Father, Lord of heaven and earth, because thou hast hid these things from the wise and prudent, and hast revealed them unto babes. Even so, Father: for so it seemed good in thy sight.”   Matthew 11:25, 26

In the past, when I’ve read this verse, I always focused on the fact that Jesus was grateful God had revealed the gospel to “babes,” the childlike, receptive hearts. I got the fact that the wise and prudent couldn’t accept Jesus or his message of salvation. But it had never dawned on me that Jesus was actually being grateful God had hid it from them.

Why would Jesus thank God for hiding the truth from some people? Wasn’t he supposed to minister to everyone? Wasn’t he here for the salvation of all mankind?

Yes, of course. But your heart has to be ready, be prepared, to receive the truth Jesus came to bear witness to. The hearts of the “babes” were ready. They knew they needed something outside themselves. They knew they needed God. They took to heart the teachings of Jesus and saw his healing works. It convinced them that this hillside preacher from Nazareth was not just some ordinary guy out to tell a few good stories and promote his own agenda. They began to hope and glimpse that he was the fulfillment of their deepest longings for the Messiah to come.

But the wise and prudent were not ready for the message. They epitomized God’s rebuke to those who trusted in their own wisdom: “Thy wisdom and thy knowledge, it hath perverted thee.” (Isaiah 47:10)

If you give a full-size hammer to a three year old, you shouldn’t be surprised if he hurts himself and wreaks havoc on his surroundings. He’s not ready to use this tool. Give him a plastic toy hammer first and let him get used to the principle of using it. As he gets older, he can use a real hammer.

Truth is revealed by God

I think Jesus is thanking God for hiding the “grown-up hammer” from these spiritual toddlers. They were not mature enough in humility and spirituality to use Jesus’ message appropriately. It would have been an intellectual exercise of using the human mind to try and make sense of things. This is not the way to arrive at truth. Truth is revealed from God, as Jesus point out.

Don’t get me wrong. I think the reasoning process can be very helpful and is often a component in us understanding God’s truth. But it must be subordinate to and used only in companionship with what God reveals to us.

Think of a situation in your life when things did not go as planned. Is there someone who has rejected you or been a nay-sayer to your efforts to fulfill your God-given purpose? Then thank God for those who do hear your message. But also be grateful God has kept your message from those who aren’t ready to receive it. It doesn’t mean they won’t get it at some later point.

What if those wise and prudent folks had believed and joined up with Jesus before their hearts were humble and ready? Can’t you just see them thinking they knew better than he did how to get his message to the people, how to deal with the Pharisees? They were smart people. They knew the ways of the world, but they didn’t understand the idea of listening for God’s direction in every situation, especially if it went against what they thought was right.

Jesus didn’t want these kind of people as aids to his cause and neither do you. There is much to be grateful for when someone rejects you and your mission. It’s hard to do, but the sooner you are grateful, the sooner the blessings will flow.

How has gratitude for the tough things in life blessed you? I’d love to hear about it. Please share your thoughts in the comment section below.

Previous Post: « Can You Find 100 Things to Be Grateful For?
Next Post: Does God talk to you too? »