Listen to your angels and not someone else’s 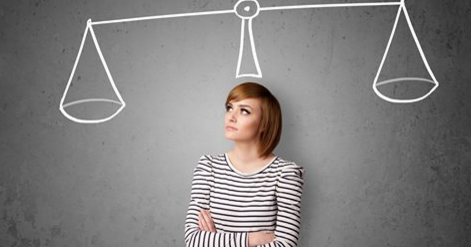 The Bible is full of stories about angels talking to men and women. Through His angels, God sent specific messages to specific people in specific situations. Those who obeyed God’s angels were blessed.

However, there’s a story in I Kings when a prophet of the Lord obeyed God to a point but then believed what another prophet said instead of holding fast to the message he had heard.

Let me set the scene. You can read the whole story in I Kings 13.

A disobedient prophet and a prophet who lies

A prophet from Judah goes to Beth-el and prophesies that a future King named Josiah will burn the bones of false priests on the altar of God. By the way, this was fulfilled in II Kings 23:16. He prophesied that the altar would be split in two to prove that God had spoken through him. King Jeroboam ordered the guards to seize him, but immediately the king’s hand became withered up and was useless. Then the altar breaks apart, spilling the ashes from the holy sacrifices.

Jeroboam appeals to the prophet to entreat God to restore his hand. The prophet speaks to God and the king’s hand is healed.

Overjoyed, the king invites the prophet to his home and offers him a reward. But he refuses. Apparently God had told him not to eat or drink anything while on this “assignment” and to return a different way than he came. So off he goes. He was faithful to God’s directions.

But an elderly prophet in Beth-el hears about what happened and runs after him. He too invites the prophet from Judah to his home for rest and refreshment. Again, the man of God refuses explaining that he must not eat or drink anything on his journey.

The second prophet says, “‘I am a prophet as you are, and an angel spoke to me by the word of the Lord, saying, “Bring him back with you into your house that he may eat bread and drink water.”‘ But he lied to him.” (I Kings 13:18  ESV)

Unfortunately, the prophet from Judah believes this lie, returns to eat with the other prophet. And later, on his way home, is mauled to death by a lion.

There’s more to the story and I hope you’ll go read the whole thing.

The important part of the story for me is why the prophet disobeyed what God had told him and believed what another prophet said.

Don’t listen to someone else’s angel

The moral is: Don’t listen to or obey someone else’s angel. Just because someone else seems (or claims) to be spiritually minded does not mean they know what God wants you to do, even though they may claim God has given them a revelation for you. Trust the angels or messages God sent you.

The prophet who was not supposed to eat or drink until he got home exercised his moral courage to do what was right for a time, but he let his guard down and was deceived.

How does this apply to you and me?

Is someone trying to get you to do something you know God told you not to do? Then stand your ground. Don’t give in to those sometimes very persuasive arguments. There are some people who try to get you off your course just to see if they can. It’s like a game with them.

Have you ever tried to dissuade someone, and even resorted to lying, to keep them from doing something they believed God was telling them to do? It may be hard to let go of our preconceptions and personal will in these situations, but how do you know what God is telling someone else to do?

Over many years, and after many pieces of humble pie at the table of repentance, I have come to the conclusion that it’s usually better to let someone follow their own sense of what God is telling them to do than asserting my own opinions about the situation. Maybe I really did know what was best for them, but if they do it just because I told them, they would not learn their own lessons of obedience.

If someone comes up to you and says, “God told me to tell you….” or “God has revealed… to me about what you should do,” take it with a grain of salt. Maybe God actually did talk to them and give them some guidance to share with you. But maybe, just maybe, they were busy thinking they knew how to run your life and not doing a better job of doing what God wanted them to do. In these situations we have to pray for discernment.

Moral courage needed to stand up for what’s right

If your pastor, or your spouse, or your Sunday School teacher, or someone whom you respect spiritually, came to you and told you to do something you felt was wrong – and this happens to people way too often – would you have the moral courage to stand for what you know is right? Or would you acquiesce?

Are you afraid of what these spiritually significant people will think if you go against them? Even the best of us might have ulterior motives from time to time.

When government and church leaders (or anyone, for that matter) stray from the path of Truth and righteousness, they usually try to get others to come with them and criticize, bully, and threaten those who don’t.

Stay awake. Be alert. Listen to what God tells you. Don’t believe someone else just because they say an angel spoke to them.

We live in trying times.

There are so many contradictory voices in the world claiming to be and stand for what’s right. Sometimes we get so caught up in what we want or think is right that we are not always obedient to God’s moral and spiritual laws. We justify our actions to ourselves and others, but we don’t even realize we’re doing it. In fact, it’s much easier to notice when someone else is off track and justifying their actions than when we do.

Why is it that we can be so easily pulled off the straight and narrow way?

In a word: fear. History is full of people who have succumbed to this fear. But history also tells of those who have stood for what is truly right, no matter the cost.

Blessings be upon you,

P. S. Please share this with your friends. I’d love to hear in the comment sections below how you have exercised your moral courage and taken a stand for what is right.