Can Depression Be Healed with Bible Study? 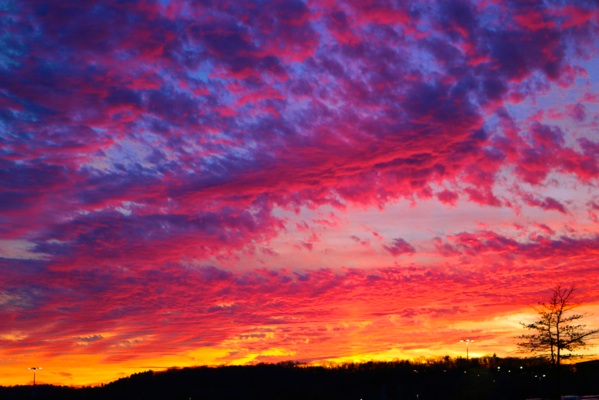 Can depression be healed with the help of the Bible?

The short answer is “Yes.” And I’ll share that story in just a minute.

If you have followed this blog for a while, you’ve probably noticed the emphasis I put on God’s healing power found throughout the Bible from Genesis to Revelation. It is a topic close to my heart and a vital part of the church that Jesus established.

Here’s the question many folks are asking more frequently: Does/Can God heal today as in Bible times? For those of us who have been healed by God, the answer is an unwavering “Yes!” But if you haven’t experienced God’s healing power in your own life or seen it in someone else’s life, that skeptical part of the human mind may say, “Not so fast. I’m not sure that healing can happen today like it did 2,000 years ago.”

There may always be skeptics, but I am seeing more and more evidence of people being healed through prayer. And I’m not talking about those experiences that can waved off as mere coincidence. I’m talking about the times when something spiritual “occurred” and changed the situation and/or healed the body.

To be specific, a woman I know was cured of depression through a spiritual awakening that took place within her. And when I say cured, I mean the depression was gone. She wasn’t just coping with it better. She said she was completely  healed.

I’d like to share this experience, which happened a couple of years ago. A woman had been coming to one of my Bible studies for about two years. She had tons of nagging questions about the Bible, God, and Christianity. For example:

These are just a few of the things she would ask. Every week. Sometimes we spent the whole time talking about her questions and didn’t even get to the topic of the Bible study for the day. I loved her questions and the rest of the group actually came to appreciate the back and forth. Many of the issues she raised were the very things I had struggled with in high school and asked my Sunday School teachers about, usually getting very dogmatic and unsatisfactory answers.

She brought up things that others in the group had thought about indirectly but had not been able to articulate, or had been afraid to mention because it might imply they didn’t believe something they thought they were supposed to.

In fact, this lady told me that the church she grew up in frowned upon asking these kinds of questions because it showed she had a doubting heart. She was told repeatedly she just needed to believe what they were telling her and not question anything. Being the independent thinker she was, even from an early age, that didn’t go over too well.

I didn’t know she was depressed

During the two years she came to the Bible study, I was patient with her questions. She always apologized for taking up the class with her agenda. But all of us would encourage her to keep asking those hard questions because it made us think in new ways about what we believed. We all discovered fresh insights in the Bible and got a fuller sense of God’s love because of those conversations.

I never told her what to believe but encouraged her to study the Bible for herself. We would look at certain Bible stories and verses to find answers. Sometimes it seemed the Bible answered the same question differently.

On a particularly thorny question about the nature of good and evil, I simply laid out several different answers given by various theological points of view. Then we talked about the implications of each approach and the natural consequences of believing such things and how they would play out differently in daily life.

I simply allowed her to think for herself. I trusted her own ability to find the deeper answers she was looking for in the Bible.

We treated her with love, respect, and joy. We thanked her for coming and making us think. We valued her contribution and we valued her as a person. And she began to feel this. She was more relaxed in class. Those multiple layers of dogmatic theology, which had been ingrained in her by her church, just kept peeling away.

She still asked hard questions but they didn’t have the sharp edge they used to. She became more caring toward the rest of the group. She opened up more about the hopes and aspirations in her heart. She began to let go of the negative self-talk, doubts, and fears she had carried around for so many years. There was a beautiful and gentle transformation in this woman. We all felt it. She did too.

Her healing from depression

One day, she came to me after class and said she was moving away. She thanked me profusely for all she had learned in the Bible study, for being so patient with her questions, and treating her with such love and respect.  Then she looked me straight in the eye and told me she had been suffering from depression and was taking four to five different medications for it when she had started coming to the class. She went on to inform me that she felt happy and good about herself for the first time in years. And she added, “I am off all my medications. I am not depressed any more. And I give all the credit to God and being in your Bible study.”

I was so grateful and so humbled. I’d had no idea she was struggling with depression, although in hind sight it’s easier to see.

Does that mean that if you are suffering with depression or any other problem and come to a Bible study you’ll be healed? Not necessarily. There’s no way to guarantee that sort of thing. But there’s no guarantee that it won’t happen either. God is just as willing and able to heal today as He was in Bible times. And there is a growing body of testimony in many different churches of God healing in large and small ways. Mortal men may call them miracles. But to God it must be completely normal and natural.

How was this woman healed? I think it’s because she finally felt loved. And I don’t just mean by me and the others in the group, although that was part of it. There were many days when she would argue with me that she wasn’t worthy of God’s love and forgiveness. I politely and earnestly disagreed with her each time. And in time, she began to feel God’s love for her in a quiet, gentle way. Feeling God’s love, I believe, is what healed her.

It’s one thing to say you know God loves you. It’s another thing altogether to feel God’s love.

My prayer is that you feel God’s specific love for you and that it bring healing to your life. Please feel free to share your thoughts in the comment section below.