Halloween is about to knock at your door.

When I think about all those costumes and the kids behind them, it makes think of something Jesus said,  “Judge not according to the appearance, but judge righteous judgment.” (John 7:24) Don’t be fooled by the mask someone or something or some issue is wearing.

One Wednesday night after church recently, I was talking to a friend who has issues with his brother, half-brother actually.  As a child, my friend looked up to his brother.  But as they both went their separate ways and life styles, my friend has become very put out with his brother for some of the life choices he’s made.  He hasn’t exactly disowned his brother but has as little to do with him as possible.

Way down deep, my friend would still really like to have a true brotherly relationship with him.  But he just can’t get past the all the bad and hurtful things he has done over the years.

After listening quietly for a bit (and he has mentioned this brother in the same way several times before), I simply asked if he had forgiven his bother and if he loved him.  My friend shot back, “Am I supposed to love the bad things he did?  Am I supposed to condone all the mistakes he made and all the people he’s hurt?!!!” 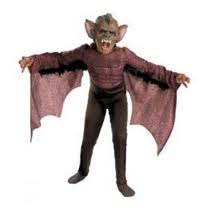 Here’s basically what I said to my friend.  Imagine it’s Halloween and the trick-or-treaters are at your door.  Do you really believe that there are ghosts and witches and monsters asking for candy?

“No,” he said.  We may pretend to be fooled and scared but we know that behind the masks, there are fun-loving kids out to have a good time.

Now, Jesus said not to judge after the outward appearance.  In other words, don’t be fooled by the mask that people are wearing.  I said to my friend, “All the bad things your brother has done or is still doing is like a Halloween mask.  It’s not part of what God created him to be.  It’s like mud that a truck splashes on you if you’re too close to the road.”

When Jesus healed people and forgave their sins, he took in the human picture.  He was not naïve as to what was going on.  But he looked at people with much more than his material eyeballs.  The Bible says he was moved with compassion when he saw people in need.   Everyone around him was using the five material senses to decide what was going on.  They saw only the “outward appearances”  of hopeless cripple, blindness, leprosy, miserable sinner, etc.  Jesus saw people with his pure spiritual senses.

Jesus used his spiritual eyes or spiritual senses and looked far beyond the material picture or “outward appearance” to the original child of God’s creating.  The first chapter in Genesis tells us that God created man–male and female–in His image and likeness.

So I said to my friend:  You’ve got to look farther than the material picture, the “outward appearance”  and try to see what Jesus saw with his spiritual vision.   Jesus didn’t just pretend that there was no sin or sickness to deal with.  He saw what needed to be healed in someone’s thinking.  But he did not psycho-analyze the human mind to solve people’s problems.  He saw deeper into the spiritual reality of their original God-created nature, man created in the image of God.  He saw beyond all the layers of “mud” the world had  splashed on people and the “mud” they had splashed on themselves.  Beneath all the layers of sin and guilt, disease and fear, he saw their original, God-created innocence and purity.

There’s a wonderful line from the movie Brother Sun, Sister Moon which tells the story of the early years of St. Francis of Assisi.  Toward the end of the movie, he goes to see the Pope and pours out his heart.  The Pope responds something to effect that we focus so much on original sin but that we should not forget our original innocence.  (If you haven’t seen that movie, I highly recommend it.)

So I said to my friend that he had to love his brother the way God originally made him, in God’s own image and likeness.  Cherish him in this light.  To forgive him is to see that all the bad things he’s done are not really part of who God made him to be.  Love his original God-created manhood.  I told him, “This does not mean the bad things he did are okay or that you approve of them.  It simply means you are loving his original purity and innocence, his goodness and ability to love unselfishly, etc.  And you can pray to know that Christ is knocking on the door of his heart in way that your brother can hear, open up to and accept.”

This was a big paradigm shift for my friend but he realized he had to change his perspective:  quit looking at the material surface of things and look deeper into the spiritual picture.

Is there something in your life you are judging “after the appearance” of things?    Then go deeper into seeing things through the lens of God’s love.

A few nights ago, I was offended by the way someone treated me and I over-reacted big time.  So I had to pray with the ideas I have just shared. It took me a while to cool down, but I had to begin by forgiving him and myself and being truly sorry for my own bad behavior.  I had to see him as God sees him.  That has made all the difference.

This Halloween, when the Trick-or-treaters come to your door, no one will have to remind you that there are cute little kids behind those masks.  But the next time someone is mean to you, tries to harm you or is sinning in a way that affects your life, take a moment to remember that this is only a mask.   Look beyond the mask, the outward appearance.  See what Jesus would have seen. See them with compassion.  Love the original child of God’s creation.  God will take care of the rest.

Here’s to your spiritual vision,

Previous Post: « Do You See the “Horses and Chariots of Fire”?
Next Post: Thanksgiving: How and When Do You Thank God? »